Turtles have always been fascinating animals, and it always feels like there is so much to learn about them. One of the most famous sentiments about turtles is that they eventually return home to their place of birth. Is this true? Read on to find out more.

What is Natal Homing?

Natal homing, or natal philopatry, is the scientific process wherein some animals return to go to their birthplace in order for them to reproduce. This method is most commonly observed in aquatic animals, like fishes and sea turtles.

According to scientists, this behavior is triggered by cues used by the animals, like olfactory cues and geomagnetic imprinting. The benefits that the animals can reap from their birthplace can be associated with feeling safe and finding a place they are sure that they are suitable for the new breeding ground. By going back to their natal breeding site, they can be assured of having a suitable climate and a sufficient lack of land-based predators.

Turtles are hatched around beaches and sands all over the world. With that, they undertake epic migrations at sea that can take several years to complete. Then, they eventually come back and revisit the exact spot where they were born on to find their mate and lay their own eggs as well.

Scientists have identified that turtles, like other animals, navigate the oceans by sensing the invisible lines of the magnetic field. This technique is similar to how sailors know how to navigate the seas through the use of longitude and latitude. But, scientists are still curious about how these animals are able to return to the spot where they were born.

According to recent studies, the turtles also depend on the magnetic field on the earth in order to find their way home. This is because it has been found that these turtles rely on the magnetic field of the Earth that is present on every coastline. Each one has their own distinct magnetic signature, which the animals will remember for the rest of their lives. They will be able to use them later on as their internal compass.

This journey will not be that easy, though. The magnetic field changes very slowly, and the turtles will have to shift their nesting sites in response, according to this study. It is pretty fascinating how these creatures can find their way through the earth, in spite of all the oceans being in the midst of all the nothingness.

For instance, loggerhead turtles, which weigh about 113 kilograms or 250 pounds, have an enormous range that can encompass even the most frigid waters all over the world’s oceans. But, though these turtles travel hundreds of miles out into the sea, these carnivores prefer to spend time in coastal habitats, and they are the most abundant out of all the marine turtle species in the US coastal waters.

In fact, thousands of volunteers walk along Florida’s sandy beaches just so they can witness the nesting sites of these turtles. These sites also provide scientists with a rich population data set.

At the same time, researchers have been tracking subtle shifts in the magnetic field of the planet along the coasts of Florida. The scientists have been using compasses in order to measure how strong the magnetic fields are and the properties involving this and whether they change over time.

So, if it has been proven that the loggerhead sea turtles really utilize the magnetic field so that they can return where they were originally born. Then, the shifts that are in their field should also lead to matching shifts in the nesting sites of the loggerhead turtles.

Sea turtles utilize the magnetic fields surrounding the earth in order for them to navigate back to the area where they were born years ago. Turtles have been found to swimming for years from their nesting grounds in Florida and North Carolina up to territories to North Africa. Then, the turtles eventually find their way back to their nesting sites, approximately about 40 to 50 miles from where they were originally born.

According to the senior author of the study and a professor at the University of North Carolina, Kenneth Lohnmann, “This is vital information if you want to restore sea turtles to areas where they once lived before being hunted to extinction.” Lohnmann also believes that the same concepts can be great to restore fishes like salmon to the rivers where they naturally should be because fishes and birds are also known to be dependent on using magnetic fields for navigation.

Additionally, J. Roger Brothers, who is also an author of the study, thinks that this process is amazingly cool and impressive, especially if you can consider that these turtles travel through the seemingly unending and limitless open ocean. You can also consider that turtles can perceive both the intensity of the magnetic field and its inclination angle, which is that angle that field lines make with respect to the surface of the Earth.

Loggerhead turtles are known to nest on Florida’s Gulf as well as some Atlantic coasts, with some individuals seen to nest on both sides of the peninsula throughout their entire lives. When the magnetic fields are felt, some individuals might still experience some navigational errors.

Understanding these features can be a little different, but there are a lot of things that still need to be researched about turtles and their natal homing behavior. There’s no denying that science has lots of things to explore more, but the current achievements and breakthroughs can be celebrated as well. 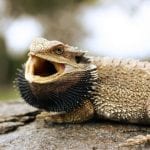