Common musk turtles are characterized by a carapace colored in blackish-brown, with no markings. The carapace is highly domed, with a vertebral keel. Meanwhile, the plastron is smaller in size.

Among common musk turtle hatchlings and juveniles alike, the keel is strongly prominent. However, as these turtles mature, the keel usually flattens.

Running parallel to one another, extending all the way from the nose to the neck, a pair of yellow stripes can be easily noticed on the head of Sternotherus odoratus species. These distinctly colored stripes gradually fade as the turtles are to age over time.

With a sharp beak and a pointed snout, the common musk turtle has rather short legs, especially when compared with the relatively long neck.

Grouped in the same family as mud turtles, Sternotherus odoratus is part of the family Kinosternidae and is a species of a small turtle. Musk turtles are often confused with mud turtles.

There are five species/subspecies of musk turtles, and all of them can be found in North America.

Male common musk turtles can be distinguished by the spike that sticks out at the very end of the tail, the tail being visibly longer as compared to the tail of a female Sternotherus odoratus.

Common Musk Turtles are known to inhabit North America’s eastern parts, ranging from Florida and all the way to Ontario, further extending to Texas and Wisconsin in the west.

The preferred type of habitats for these reptiles are aquatic and include the slow-flowing parts of streams, swamps, lakes, marshes, ponds, ephemeral pools, and rivers.

As with most turtles, the lifespan of Sternotherus odoratus is quite long. While these turtles generally live for more than 20 years, there are records of captive specimens that are known to have reached over 50 years of age.

Common musk turtles are almost completely aquatic, spending a huge amount of their time in slow-moving water, peacefully hidden among heavy vegetation on the shallow bottom of creeks and ponds.

On the rare occasions when the eastern musk turtles venture onto land, they either do so in order to bask or for the purpose of laying eggs.

Interestingly, these turtles can climb by sloping. They do so by using the submerged branches, and tree trunks found underwater, and are capable of climbing as high as 6.6 ft. above the water surface.

However, musk turtles are actually poor at swimming. Because of this, they are to walk along the bottom of their aquatic habitats.

For keeping a common musk turtle as a pet, no substrate is required. Although a bare-bottom aquarium is certainly very easy to clean, it isn’t the most aesthetical option, and so caregivers who wish to create a more naturalistic, attractive enclosure can opt for medium-sized gravel instead.

The diet of common musk turtles consists of various insects, like dragonflies and damselfly nymphs, as well as aquatic tadpoles and larvae. As carnivorous creatures, these turtles also feed on a vast array of aquatic invertebrates, like freshwater clams, snails, and crayfish, among others. It is not uncommon for carrion and fish to be a part of these turtles’ diets, too.

Although occasionally, adult common musk turtles are to seek plant matter, like duckweed or Elodea species, to feed with.

Feeding pet stinkpots with pelleted turtle food is also recommended. It is best to let pellets soak in tank water for a while just before feeding, as to let them soften a bit.

As compared to adults, hatchlings are known to be significantly more carnivorous. However, as the turtles mature, they may develop a taste for aquatic plants, as well.

These turtles are known to actively pursue any terrestrial insects that are to fall into the water, and nonetheless, small tadpoles.

Common musk turtles like nothing more than they like food, so watching them gladly feed is certainly one of the most curious and wonderful aspects of keeping these creatures as pets.

In the wild, Common Musk Turtles are known to hibernate by burying themselves in muskrat lodges or in the mud found under various logs.

Common musk turtles are known to breed in the spring.

After successfully mating with a male, the female is to lay anything from 2 and up to 9 eggs right under the shoreline debris or in a shallow burrow. The eggs of Sternotherus odoratus are elliptical in shape, and with hard shells.

Following an incubation period that varies from 100 and up to 150 days, common musk turtles’ eggs are to hatch either in late summer or in early fall. Due to the rather long incubation period, these turtles display delayed emergence.

Similarly to other turtle species, the worst threat to eggs is none other but predation. In fact, predation is the leading cause of high mortality rates, a particular example being the destruction of 25 out of 32 nests of a population of common musk turtles in Pennsylvania.

Hatchlings are characterized by a very rigid shell. However, the shell is to gradually become less pronounced with age, until at some point, it becomes domed and smooth. The size of hatchings is typically less than 1 inch.

Since musk turtles prefer to lay their eggs in shallow water, usually under tree logs in the wild, breeders want to provide a similar structure when the breeding time is to take place.

The pair should be monitored daily since it might be the case that the male is to injury the female.

Hatchlings can be kept in plastic tubes with about 10 – 12cm of water, with added river cobbles, a piece of rough cork (cork is floatable, which is crucial), as well as a decent handful of Egeria densa, as well as duckweed. Commonly sold as Elodea, Egeria dense is one of the easiest aquarium plants to grow.

When raised in such a tiny container, hatchlings will not really require any additional heating, as long as they are kept at normal room temperatures. Alternatively, if kept in a room with low ambient temperature, low-wattage aquarium heaters can do a great job.

For hatchlings, it is best that water temperatures are maintained within the 68 – 74 degrees Fahrenheit range.

A low-wattage desk lamp should be arranged right over the cork, and then plugged into a timer, so that the young musk turtles will be able to climb onto the cork in order to bask, while also being given the opportunity to rest at night.

For hatchlings, basking temperatures should be kept within the 82 – 89 degrees Fahrenheit range.

With the hatchling care method described above, no filter is needed, yet it is a must that the caregiver is to change the water at regular intervals.

Also, it is possible to keep hatchling common musk turtles in larger aquariums, but it is imperative that the water remains shallow. For larger aquariums, a suitable water filter should be included. Make sure to adjust the flow rate of the aquarium filter, since these turtles come from slow-moving or absolutely still water.

When handling a newly acquired common musk turtle, or a wild-caught one, caution is strongly recommended, since these turtles’ neck can easily extend as far as their hind feet.

Most importantly, wild stinkpots, or those that are not well-familiar with their new owner and enclosure, and are most probably stressed, will typically not hesitate to bite in order to protect themselves in the case they are to feel threatened. However, the biting power of these turtles is not as powerful as that of the snapping turtle, although larger adult musk turtle specimens can certainly inflict a nastier bite than smaller musk turtles.

In the case of being bitten by a musk turtle, do not panic but quickly and thoroughly disinfect the wound and allow it to heal.

Although rarely, just like all reptiles and amphibians, musk turtles can transfer Salmonella bacteria to people, and this can lead to serious illness. A musk turtle’s caregiver will never have to deal with any issues related to Salmonella bacteria, provided he/she is to always strictly wash hands after touching the turtle, as well as after cleaning the turtle’s feces.

Availability: How to Get a Common Musk Turtle?

Although it may be very tempting to get a common musk turtle from the wild if you happen to live in the same area where these reptiles thrive, doing so is not recommended, as it harms the populations of these incredible creatures in the wild by having them removed from their natural habitat.

When obtaining a musk turtle from a reptile dealer, make sure you can trust him/her, as there are many scammers who try selling various reptiles and amphibians, without taking proper care of these animals prior to selling them.

How to Take Care of a Common Musk Turtle

The bites of young common musk turtles are not painful, and just like the case with adults, these turtles may only attempt to bite occasionally, mainly because of improper handling. However, mature, large common musk turtles can inflict a significantly more painful bite than young ones, so caution, as well as respect for the animal,  should be applied at all times.

Yes, common musk turtles can drown if not provided the opportunity to emerge on the water surface whenever needed. Just like humans, turtles have lungs. That being said, they cannot stay submerged underwater all the time, even though they are capable of holding their breath for much longer than people or other mammals possibly can.

How Long Can Musk Turtles Go without Food?

It is fully possible for a healthy, adult common musk turtle, and other musk turtles alike, to live for months without eating any food. However, it is not at all humane to leave a common musk turtle pet without any food for any longer than a maximum of several weeks.

How to Tell the Age of a Musk Turtle?

Just like with other turtles, you can try to tell the age of a common musk turtle by counting the rings that are easily visible on the turtle’s scutes. It is not uncommon for the rings within the scutes to alternate in size, ranging from narrower to wider rings.

For some, common musk turtles can make great pets. Common musk turtles are very hardy creatures and are fairly easy to take care of. Also, these turtles do not get very large, so given the proper care, they can bring unlimited joy to their caregiver for years to come.

When common musk turtles are raised in captivity with proper care, they will soon settle down, and get well-used to the presence of, as well as interaction with their caregiver. Once they settle in captivity, they will not feel threatened as to emit a foul smell as they would typically do in the wild.

What to Feed Common Musk Turtles with?

As they mature, common musk turtles are known to acquire a taste for vegetation, although their main diet should consist of appropriately sized shrimp, freshwater fish, crickets, bloodworms, earthworms, and pelleted turtle foods. However, they may also occasionally feast on aquatic vegetation, such as duckweed, water hyacinths, and water lettuce.

How Much Do Common Musk Turtles Eat?

It is best to only feed a common musk turtle as much as it can eat within 5 and up to 10 minutes. As a general rule of thumb, hatchlings should be fed every other day, while adult musk turtles should be fed about two-three times a week.

What Fish Can Live with Common Musk Turtles?

As a rule of thumb, it is best to avoid pairing common musk turtles with tropical fish species. However, these turtles can live with other fish species, such as zebras, yellow cichlids, as well as tetras, among others. Mind that it is possible for a common musk turtle to catch and eat a fish, even though this only happens rarely.

Can You Cohabitate Common Musk Turtles? 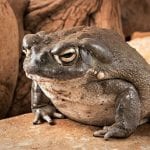