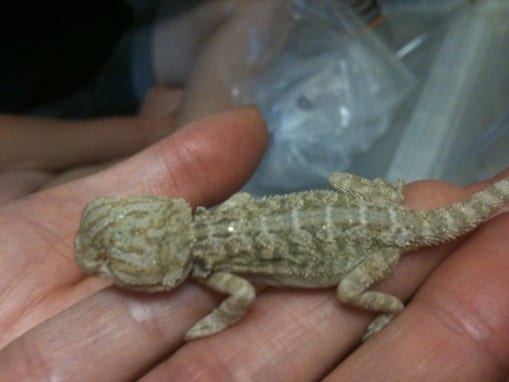 Inbreeding is the mating of individuals that are closely related or have extremely similar genetic constitutions. The offspring produced from inbreeding becomes increasingly identical in genetic similarity over time, and thus, their fitness is often negatively affected. Inbreeding in the wild happens occasionally through chance as nature has created a lot of biological behaviors and strategies designed to reduce the rate of inbreeding.

In some species, the female and male offspring have extremely different behaviors, that when they become sexually mature, there’s a very low possibility of mating with their distant relatives or offspring. Comparing the captive populations of a lizard to those of the same species in the wild doesn’t make sense from a scientific point of view. Responsible breeders find inbreeding a huge concern.

Captive populations are bred under an artificial selection system, placing more pressures on them than the natural selection process. Natural selection occurs in nature, and it aims to maximize the adaptation of different species to their environment and give them an evolutionary advantage. Selection theory involves choosing a genetic material that will be used for breeding based on human decision.

The natural system for choosing a mate is also eliminated. Animals produced through captive breeding will probably not be able to survive in the wild. This effect is increased when generations of inbreeding have produced poor genetic diversity in a population.

What Happens When You Inbreed Lizards

Good breeders know when inbreeding is considered acceptable, and they make sure to determine the genetic diversity degree in the animal population they’re working with. Nowadays, due attention is given to the welfare of the animals being bred.

However, this doesn’t seem to be the case in the reptile community. Pet owners with little knowledge and experience keeping reptiles often have no idea about what best practice and breeding concepts they should observe. They are also subject to misunderstandings and myths from reptile breeding “experts.” Some say that inbreeding doesn’t have any effect on lizards and that it’s alright to mate offspring or sibling to parent once.

Perhaps you’ve heard about breeders saying that they mated several offspring generations to parents without “visible” negative effects. Before you proceed and try inbreeding as well, you have to know its consequences first.

Inbreeding produces new and beautiful patterns or color morphs in reptiles like lizards. The availability of new strains and varieties in captive breeding has also seen a significant increase in the value of the animal. The rarer the animal, the more expensive it will be.

Breeders usually use inbreeding or line breeding once genetic irregularities appear in a lizard population in order to create such rarities. However, inbreeding has received a lot of criticism in recent years. Almost no improvements have been implemented when it comes to animal welfare. Compromised welfare can have both noticeable and non-visible results.

Invisible effects only appear later in the lizard’s life. By that time, the defective genetic material it carries has been passed down to many generations. Such effects include reduced resistance to diseases, internal deformities, failure to survive, and genetic defects that can shorten their lifespan.

Visible effects include lack of eyes, defective growth rate, and skeletal deformities such as kinked spines. The neonates produced by breeders that are dead at birth or don’t hatch are often seen as casualties of breeding. It’s possible that a higher rate of deformity or neonatal death occurs in populations where inbreeding happens than in units where animals from unrelated bloodlines are bred.

It’s difficult to validate deliberate, persistent inbreeding ethically when evidence and scientific research show that this practice results in a decline in the welfare and health of the lizards being bred. If you’re a breeder, you have to ask yourself whether you are more concerned about the welfare of the lizards or about earning money at the expense of the reptiles’ health.

In other words, crossing parents, siblings, and closely related lizards carry various kinds of risk. Allowing inbreeding in your collection to improve the appearance of the morph or strain you’re producing can negatively affect that population’s overall genetic health in the future.

Repeated inbreeding of related animals is harmful. Allowing an offspring and parent or two siblings to mate once may not carry a significant risk when seen as an isolated case. However, if you consider the possibility of the bloodline being highly inbred and the risk of future closely related mating between the offspring produced, every single mating considered as a one-off low-risk case may actually affect the animal’s genetic integrity in the future. Always remember that your action in the existing generation of lizards will have an effect on the health of future generations.

It’s impossible to determine the existence of recessive bad genes until it’s too late. If you’re crossing closely related lizards, you have to make sure that their parents don’t have noticeable faults. Any defective offspring should be removed as well. Even if the lizard has a beautiful color, it should be removed from the breeding program if it has uneven eyes or a kinked tail.

When you start breeding the lizards with unrelated reptiles, you can reduce the possibility of bad genes becoming noticeable. Recessive genes are always present in a bloodline, but they are just not shown often enough to cause problems.

Inbreeding can also happen inadvertently in captive reptiles. Most captive populations are closely related and have low levels of new genetic materials entering from another source. In a small region, most of the reptiles kept by a breeder of that species may be a descendant of the same small number of animals historically.

Perhaps a small number of lizards were imported to that region as the entire captive population’s founder colony. It is also possible that a couple of breeders produced a large number of offspring from several pairs. When these animals are sexually mature and find a mate, they may accidentally choose closely related individuals or siblings, even if they find new stock from distant sources.

Sourcing unrelated lizards without substantial expense and effort or at the right time would be impossible in certain species due to economic, and geographical limitations of importing unrelated stock and new genetic materials. Due to these trends, inbreeding often occurs in closed captive populations of commonly kept lizards in spite of the efforts of responsible breeders.

These factors can also affect the captive population’s genetic variance, which is worrying if the animal being bred is an endangered species, and the goal of captive breeding is to conserve and protect them from extinction. Inbreeding will produce genetically inferior lizards that are significantly disadvantaged in terms of fitness compared to their wild counterparts. It will be harder to reintroduce that species in the wild if captive breeding eventually produced animals that are less resistant to diseases or not fit to survive in the wild.

For instance, chameleons or bearded dragons in a small country may actually be produced from the same adult pair. The extent of parent and offspring or siblings mating may carry on for several generations. Genetic vigor and diversity can be lost inadvertently. It’s not surprising that certain species of lizards are developing more health problems due to over breeding and failure to choose the right genetic diversity.

Just because the offspring has not had any visible problem doesn’t mean that you can relax. It simply means that an unpleasant result for deliberate inbreeding has not occurred yet. A lot of large scale reptile breeders are used to deformities, casualties, and a certain level of losses amongst the lizards they produce.

Although many recognize these results as a direct outcome of inbreeding, they will most likely not advertise that many animals had to be culled or died due to health problems in their bloodline. This is particularly true if they are producing lizards that are outwardly healthy, and they’re earning a large amount of profit out of it. The reptile hobby has become more popular in recent years, but you should always keep in mind that inbreeding lizards are detrimental to their welfare and health over time. Deliberate inbreeding, in particular, can do more harm than good. You might be happy that you found a beautiful gecko or chameleon, but is the beautiful coloring worth the suffering that these reptiles had to go through in the hands of unscrupulous breeders? When you are inbreeding lizards, determine what’s more important to you – animal welfare or commercial gain?